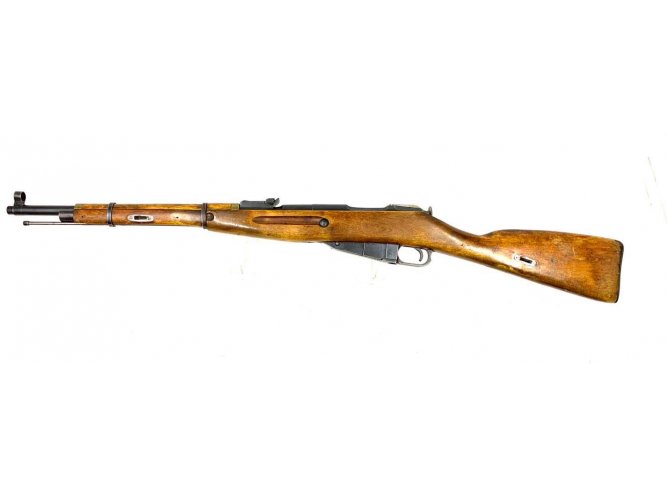 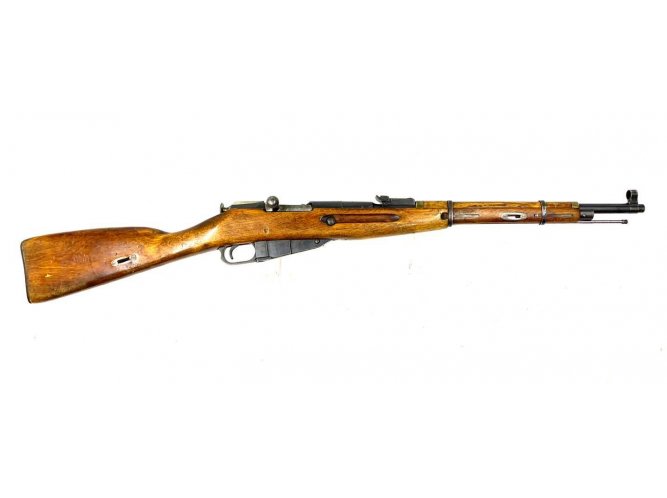 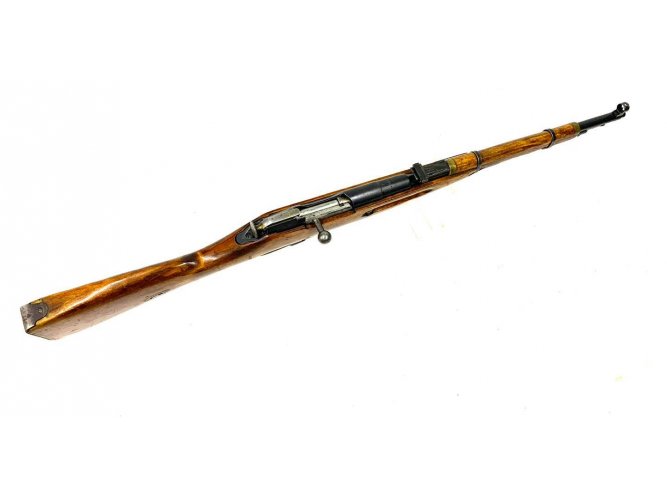 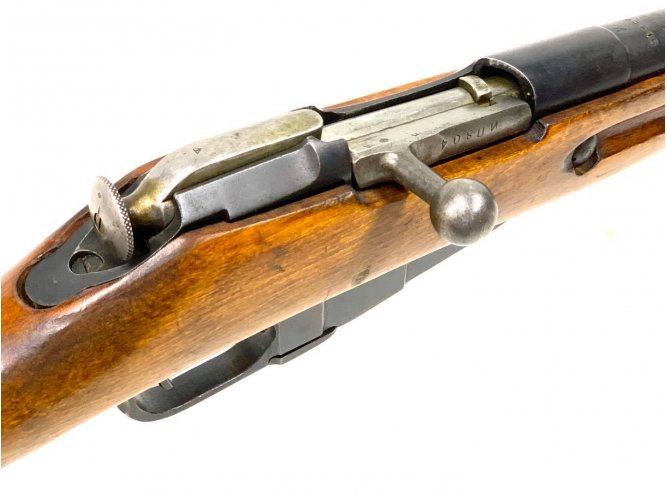 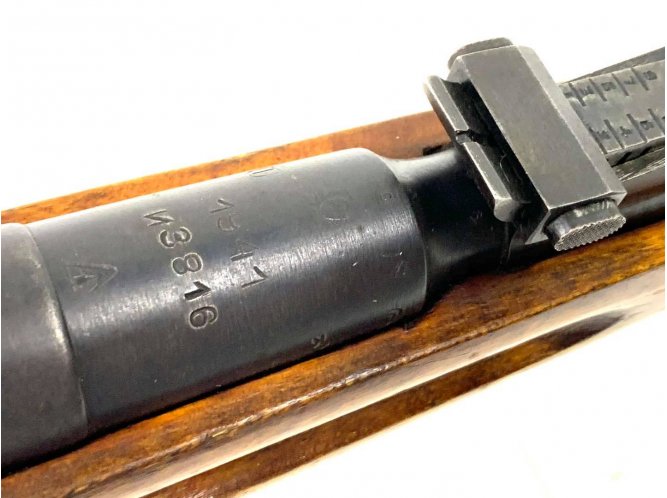 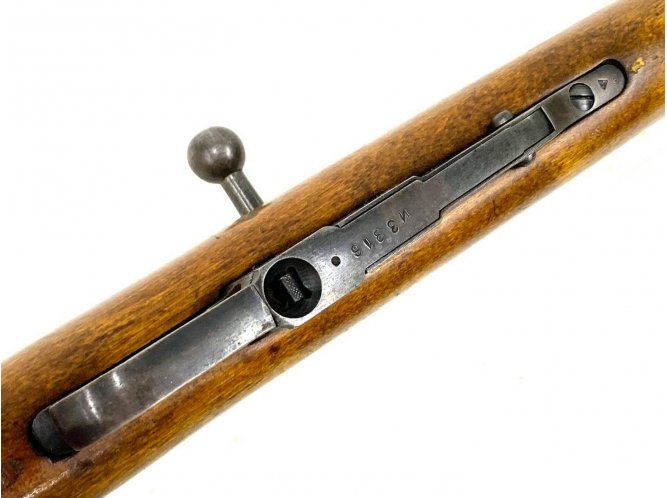 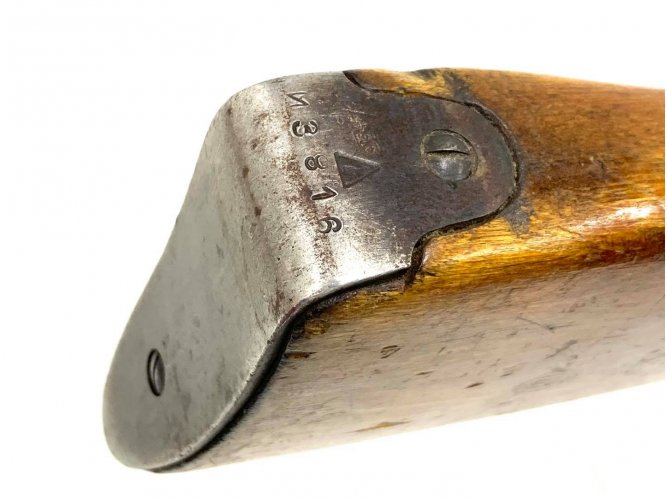 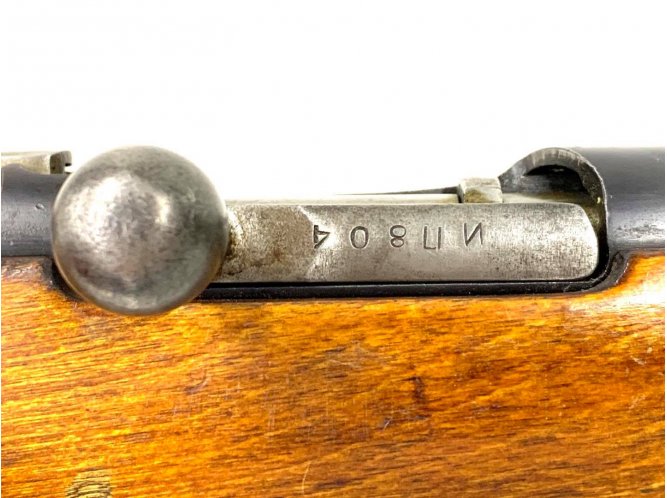 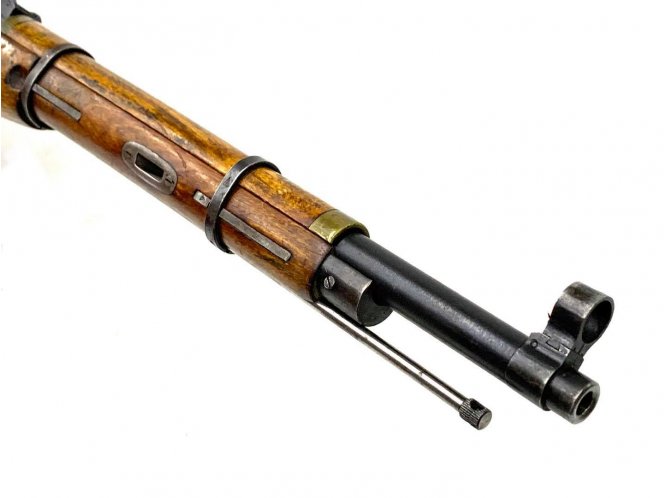 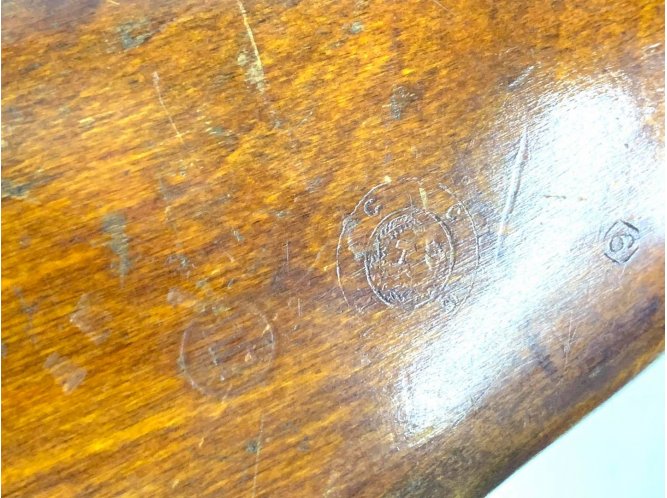 For our first post in this week’s series we are offering you a Russian carbine that was captured by the Finns during the Continuation War. Read on for another LSB journey in firearms history…

The Russian army’s standard rifle from 1891 was the трёхлинейная винтовка образца 1891 года (3-line rifle M1891). It is colloquially called the Moisin Nagant rifle is the West. The M1891 rifle was a bolt-action rifle with a five-shot internal magazine chambered for the 7.62×54mmR cartridge. It had an overall length of 1,232mm and a barrel length of 730mm.

In 1924, a new Commission was established to modernise the rifle, which had by then been in service for over three decades. This led to the development of the Model 1891/30 rifle, which was based on the design of the original dragoon version of the M1891. The barrel length was shortened to 560mm and the sight measurements were converted from arshins to meters while the front sight blade was replaced by a hooded post front sight. Some features were borrowed from Nagant's original design for the M1891, such as the attachment of the magazine spring to the magazine base plate and the introduction of a five-rounds clip to load cartridges into the magazine. A further modification was introduced between 1935 and 1936. The octagonal breech was changed to a round one, reducing production time and cost.

In 1938, a carbine version of the Mosin Nagant was introduced. This was the Model 1938, which used the same cartridge and action as other Mosin Nagant rifles but had a shorter barrel measuring 514mm and a proportionally shorter forearm. The M38 was intended for issue to troops such as combat engineers, signal corps, and artillerymen, who could conceivably need to defend themselves from sudden enemy advances, but whose primary duties lay behind the front lines. Significantly, the front sight of the M38 was positioned in such a way that the Model 1891/30's cruciform bayonet could not be mounted on the carbine. The Moisin Nagant M38 carbine was produced at the Izhevsk arsenal from 1939 to 1945 and at the Tula State Arsenal between 1940 and 1944.

The example which we are offering for sale today was manufactured at the Tula State Arsenal in 1941. It was subsequently captured by Finnish troops during the Continuation War (25 June 1941 to 19 September 1944). The Finns usually refurbished captured rifles and changed the barrels. However, in the case of the M38, this was not done, and the rifle was put in service with the Finnish Army in its original condition. This sets it apart from the vast majority of Moisin Nagant M38 on the market, which were totally refurbished by the Soviets following WWII.

This is an opportunity to own one of these rifles in its original WWII condition. The carbine retains practically all its original finish on the steel and wooden components.  All the numbers are matching, except for the bolt, which was replaced by the Finns following capture. The stock bears the seldom-seen Soviet property stamps, which are not found on the common refurbished pieces.

If you wish to own this interesting firearm, please send us a private message or phone us on 99471091 to reserve it until you visit the shop to examine it and complete your purchase. A Collector Licence A or a Target Shooter Licence A is required to submit your Police transfer application.

Thanks to LSB’s knowledge and experience across all facets of firearms, all the pieces that we offer are covered by a lifetime warranty that you get is what we describe in detail, to ensure that you will never be disappointed with your purchase.

We take great pleasure in bringing you these daily snippets of firearms history and we hope that you enjoy reading them. Today’s post is also featured on our Facebook Page.