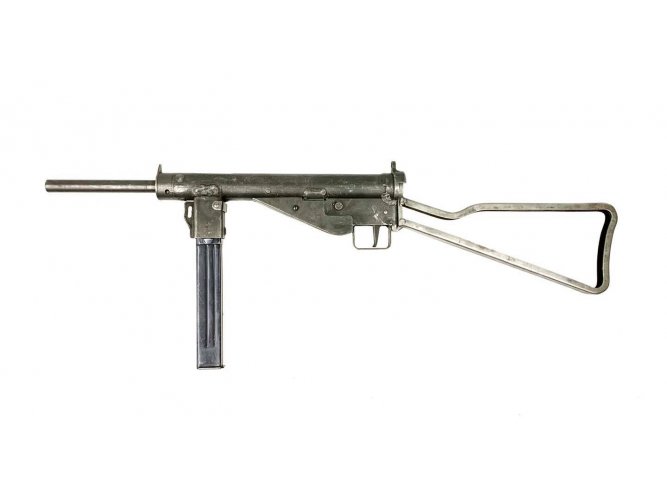 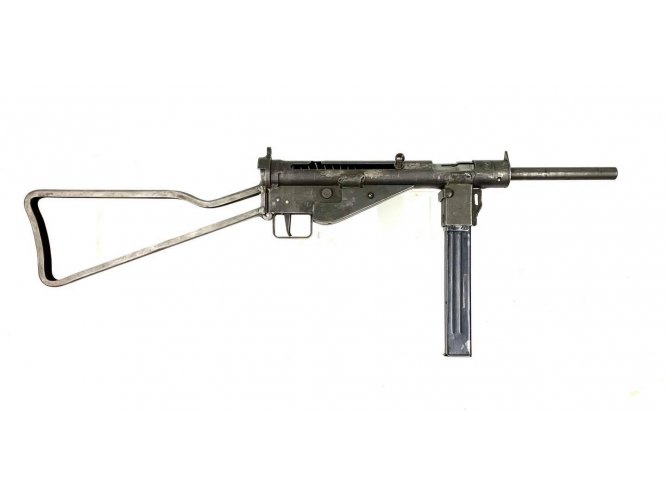 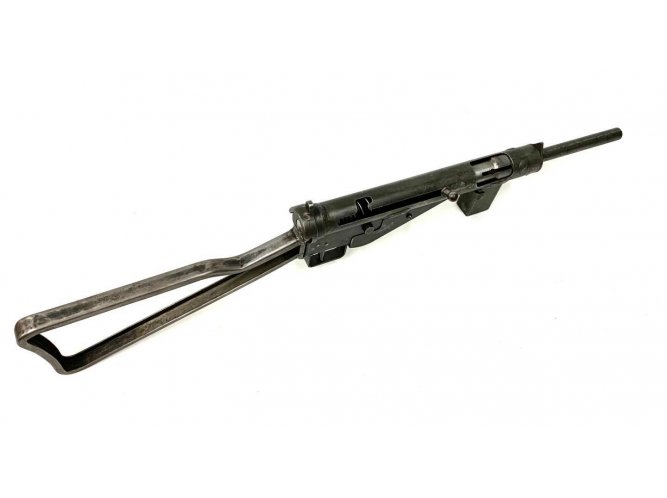 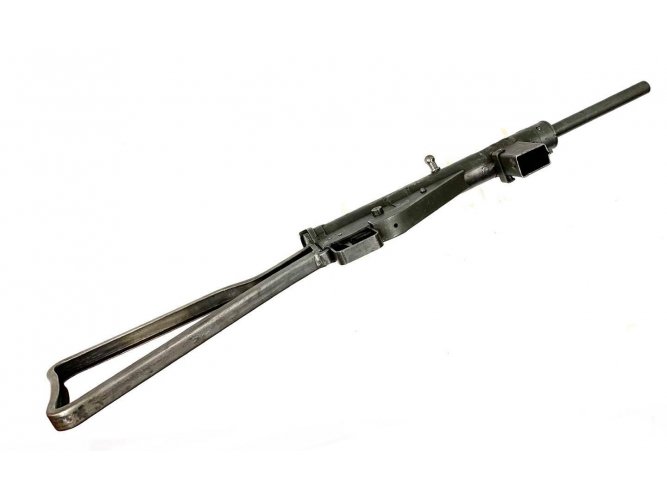 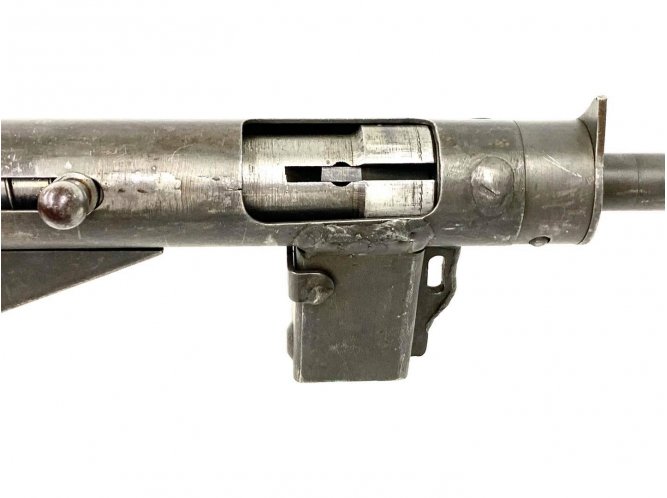 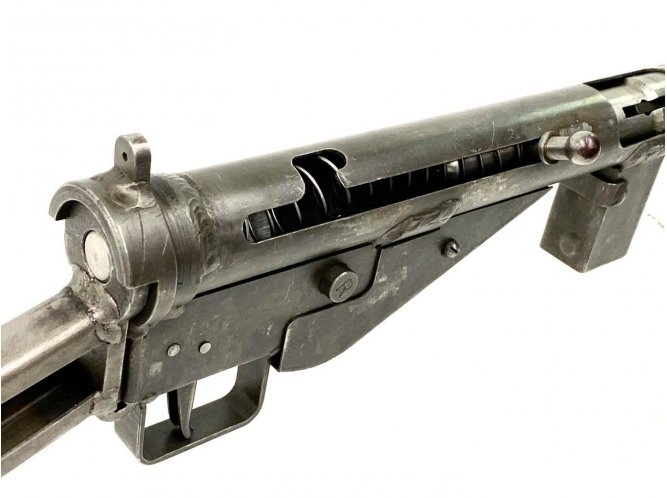 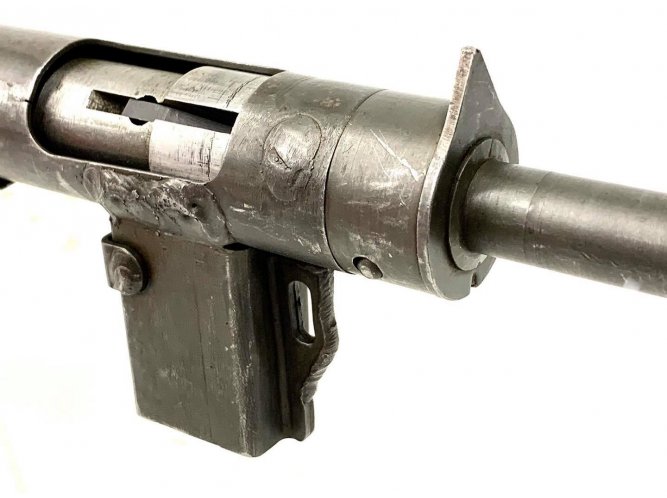 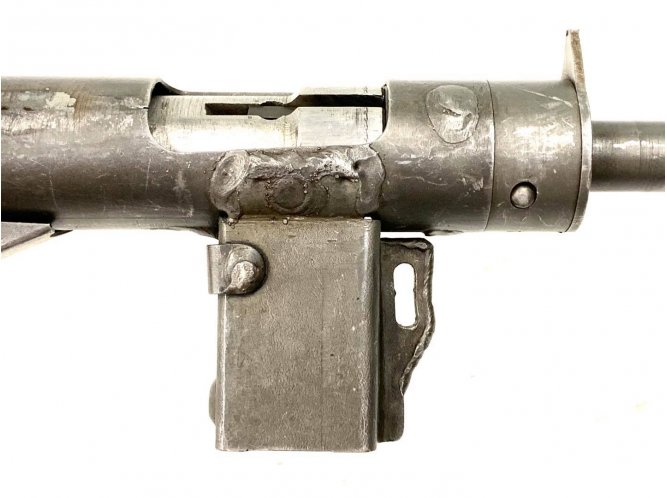 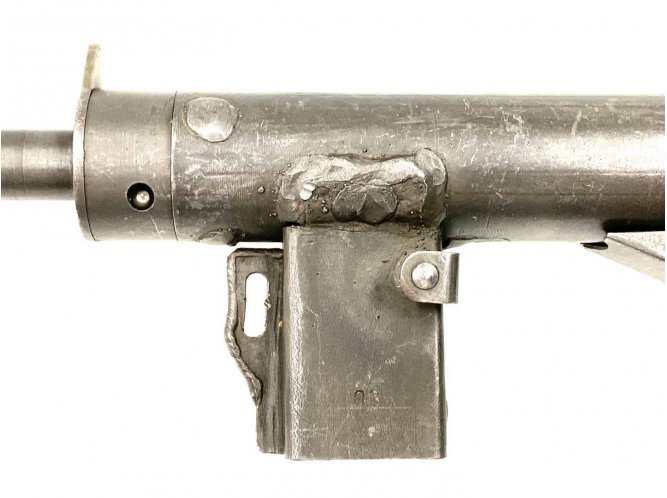 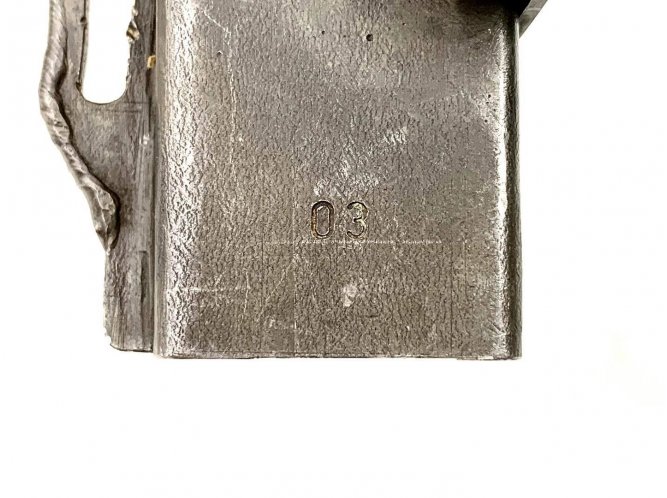 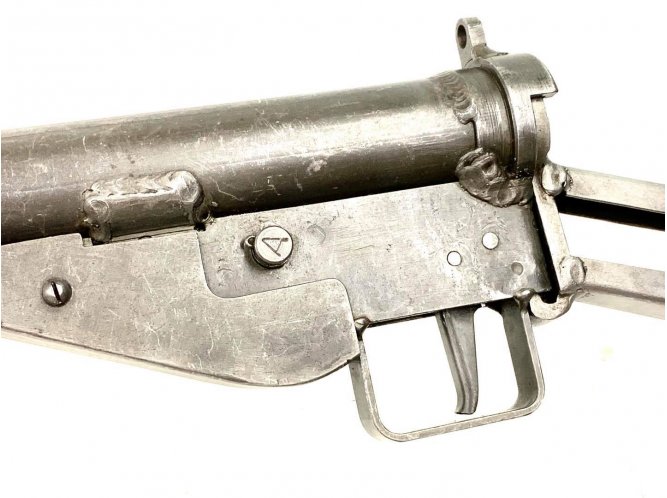 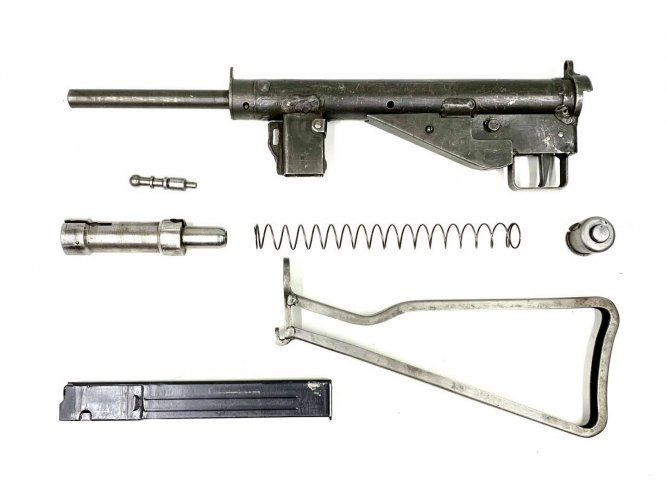 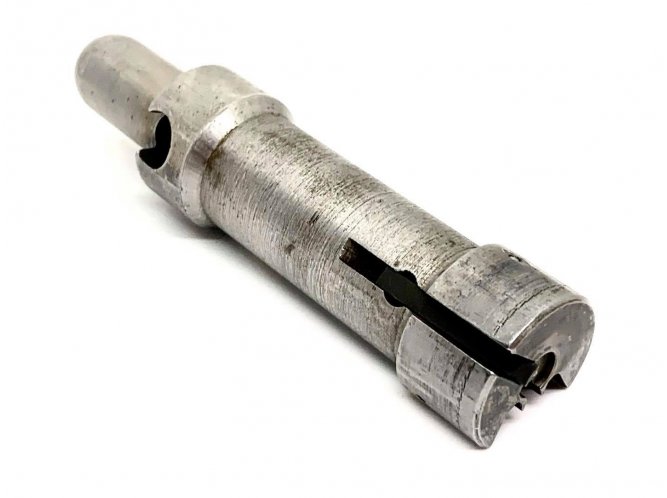 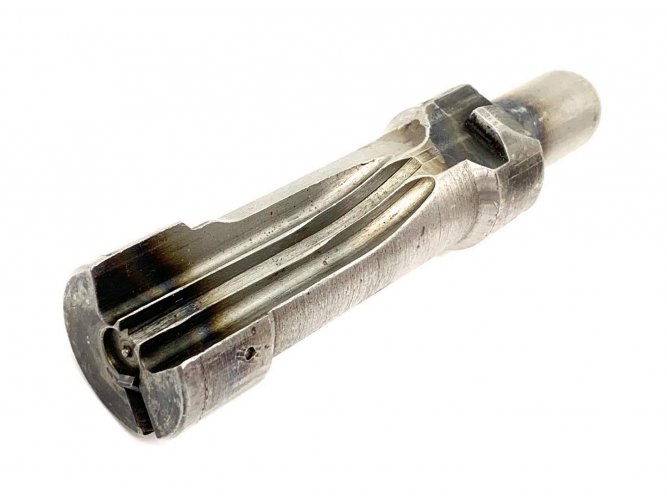 We come to the last post of this week’s series about rare and unique firearms with a German machine pistol from the last, desperate months of the Third Reich, a Gerät Neumünster, one of a series of last-ditch weapons intended for distribution to the Volksturm. However, this example is much rarer than the production series. Read on for another LSB journey in firearms history…

The setting up of the Volkssturm (“People's Storm”) was officially announced on 16 October 1944. It was a national militia established by the NSDAP (Nazi Party) on the orders of Adolf Hitler and it was intended to defend Germany alongside the regular Wehrmacht. Males aged between the ages of 16 and 60 years who were not already serving in a military unit were conscripted to join the Volksturm. The leadership, enrolment, and organization of the Volksturm in each district fell under the responsibility of its Gauleiter (Nazi Party District Leader) and units were allocated to each Kreis (the next lower level in territorial administration). The basic unit was a battalion mostly composed of members of the Hitler Youth, invalids, the elderly, or men who had previously been considered unfit for military service. Females were also conscripted as from 12 February 1945. The armament for the Volksturm was procured by the German Army through its vast Waffenamt network and included an array of small arms, some of which were captured, and others specifically manufactured for this purpose.

In the autumn of 1944, Mauser received an order from the NSDAP to design a simplified version of the British Sten Gun Mk. II. It had to be simple enough to be produced by several small factories using the least man-hours possible. Reichsminister Albert Speer forecasted a monthly production of 100,000 units. The official designation of the new machine pistol, as of 2 November 1944, was “Gerät Nummer 1-3-3008” (Device No. 1-3-3008). However, it was more popularly referred to by its code name “Gerät Neumünster”. The final design is attributed to Mauser designer Ludwig Vorgrimler. The feature that immediately distinguished it from the British Sten Mk II was the vertical magazine housing that would take regular MP 40 magazines. However, there were several other production differences.

On 15 November 1944, the German Army optimistically placed an order for one million pieces of the Gerät Neumünster after two production samples were tested at Kummersdorf. Mauser was commissioned to produce 150 samples, for distribution to the factories that would produce the components and to the firms that would assemble them, to serve as guidelines for the manufacture of the “MP 3008”. The order stated that the production had to proceed at the rate of 250,000 per month with the entire run to be completed by March 1945 for acceptance by the Heereszeugamter (Army Depots) in Güstrow, Ingolstadt and Prague and distribution to the Volksturm units.

As may be expected in the circumstances Germany was in during these last months of the war, only a few thousand MP 3008 were manufactured and delivered by some 30 sub-contractors and 14 assembly points. There was a considerable latitude in the final design turned out by each of these firms. Reliable sources quote a figure of around 3,500 pieces having been delivered by the war ended.

The example that we bring you today is one of the pre-production samples made by Mauser. It bears serial number “03” and no other markings, as it was not intended to be issued to the Volksturm but distributed to the manufacturers of the components and the firms which assembled the MP 3008. It is not known whether Mauser produced all 150 samples that it had been required to provide. This exceptionally rare pre-production Gerät Neumünster is in remarkably good condition, as may be seen from the photos which we have taken.

We take great pleasure in bringing you these daily snippets of firearms history and we hope that you enjoy reading them. Today’s post is also featured on our Facebook Page.