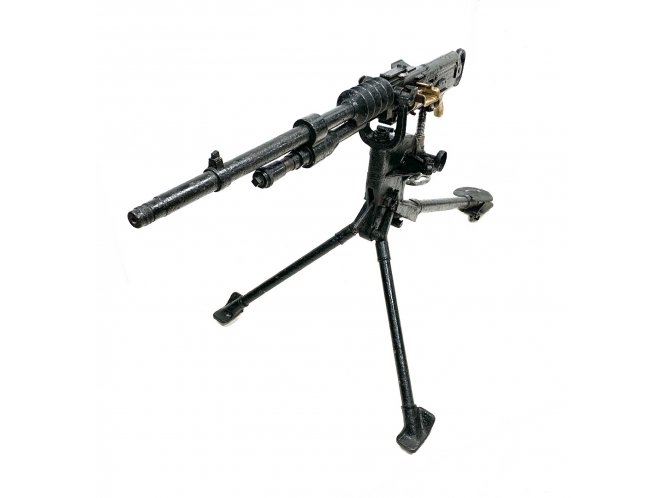 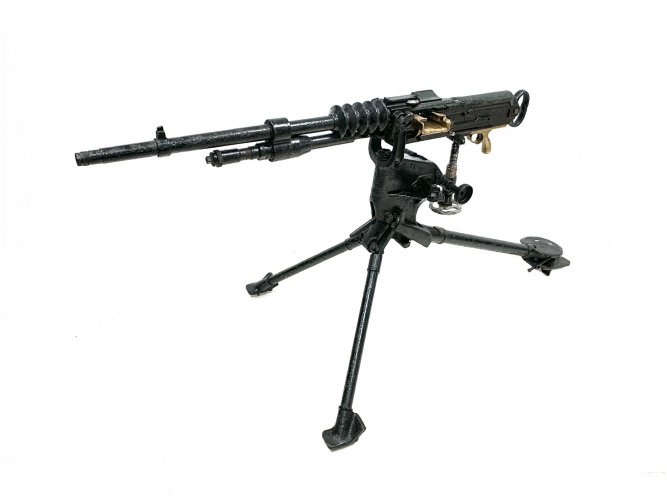 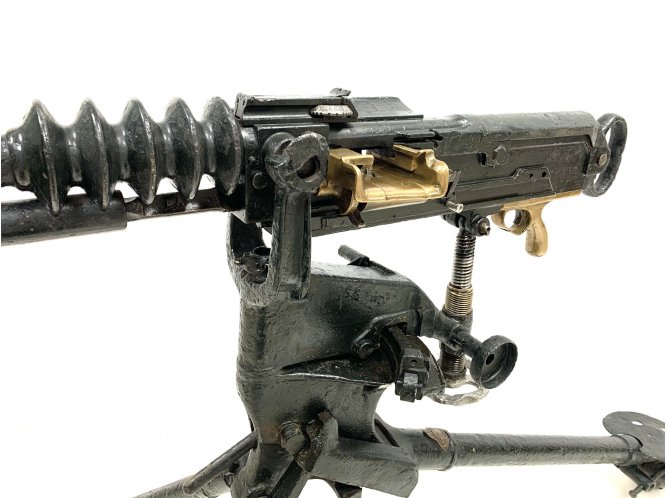 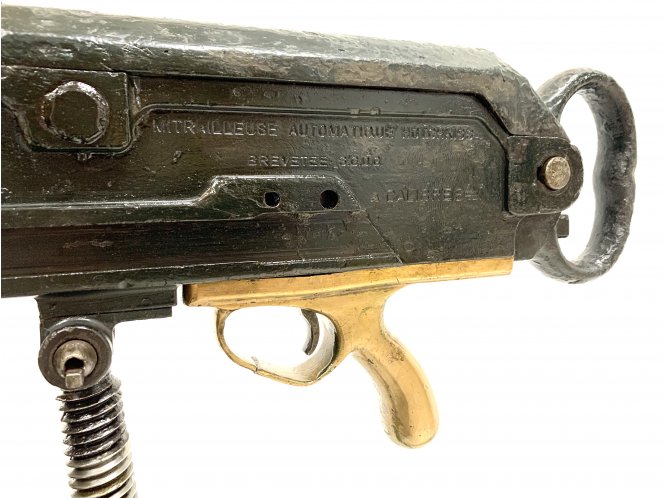 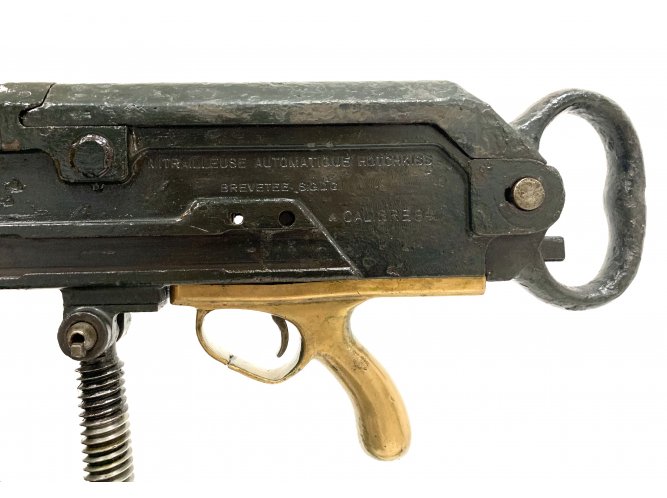 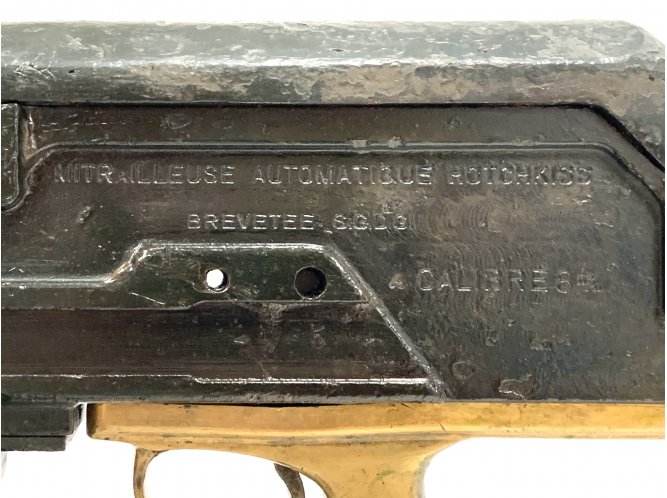 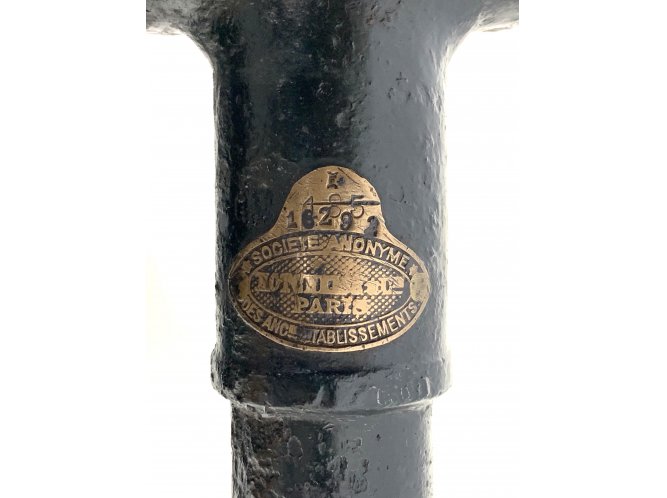 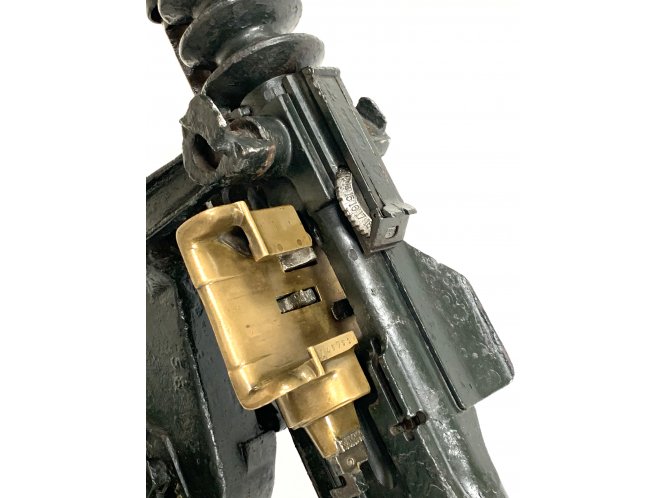 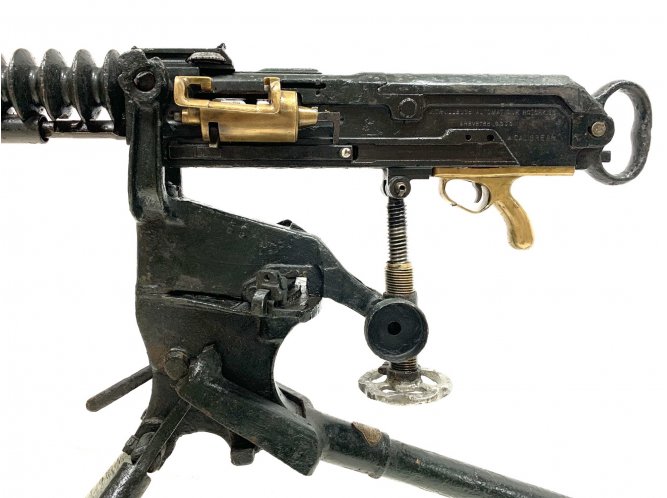 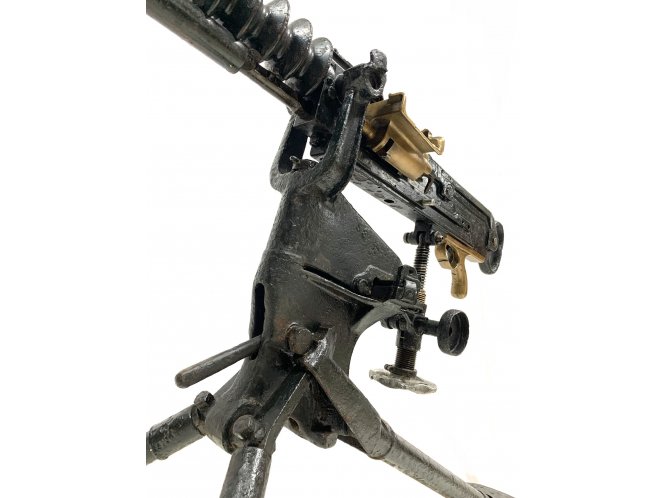 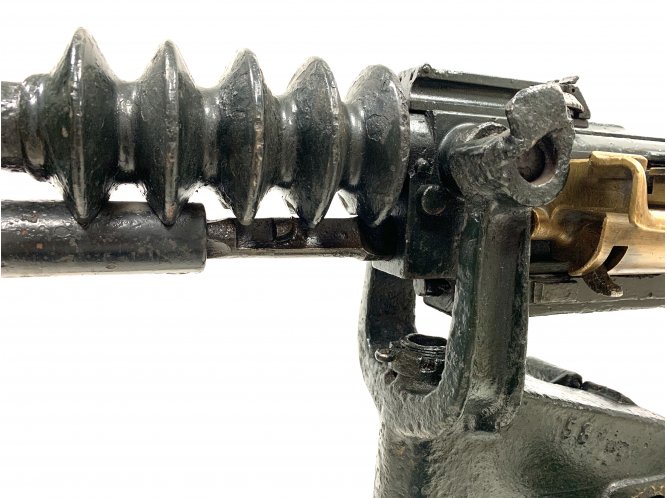 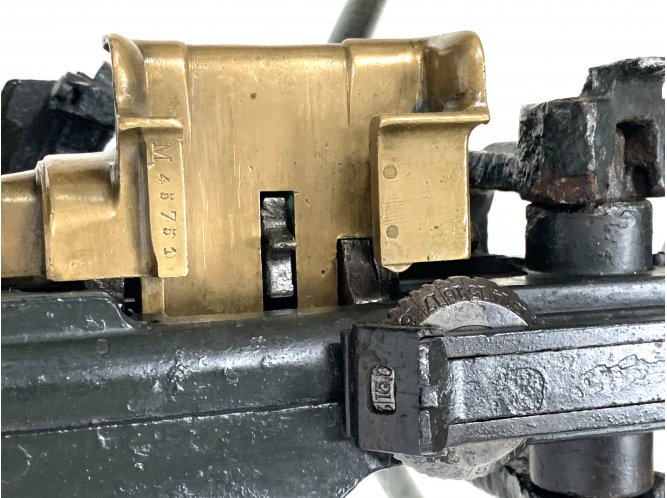 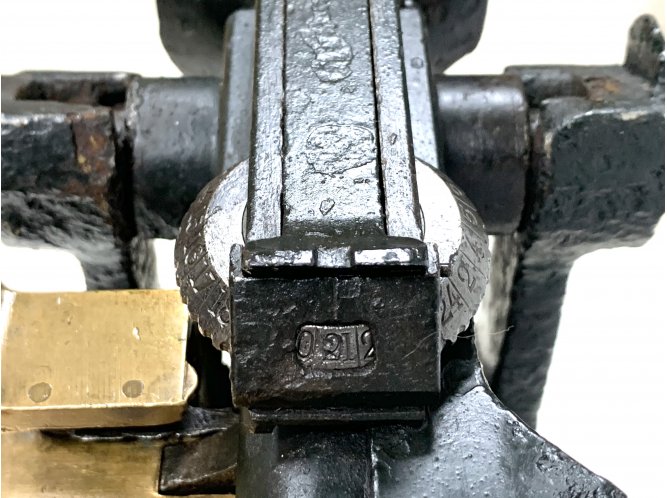 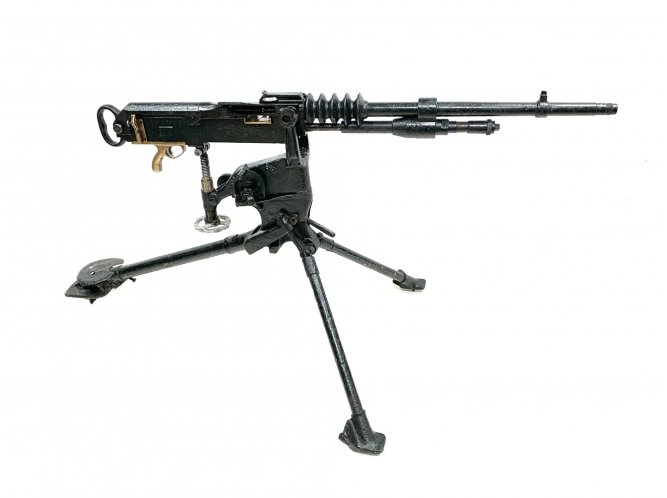 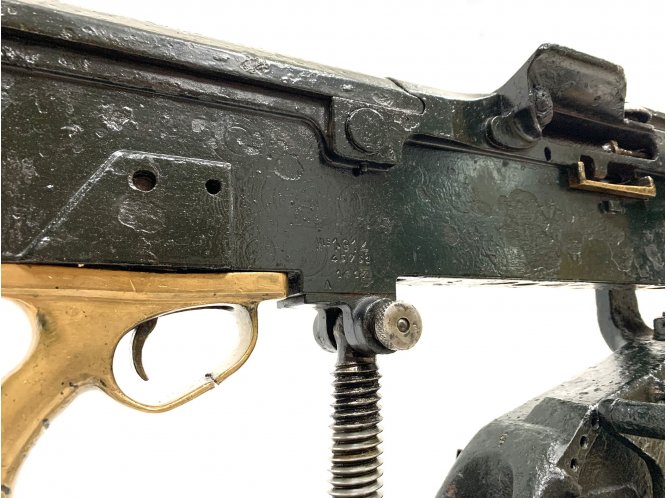 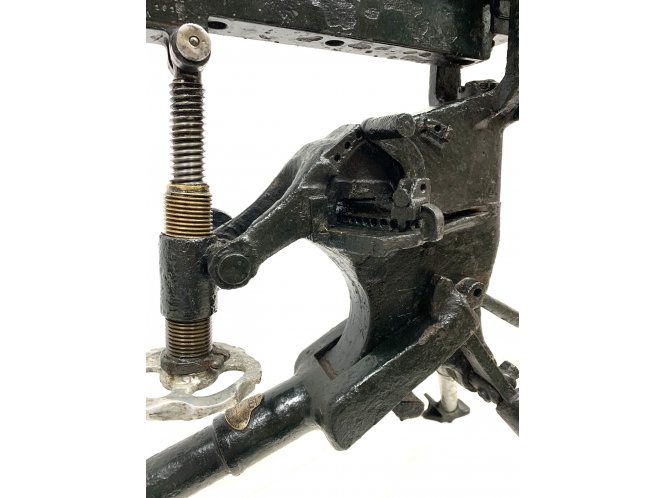 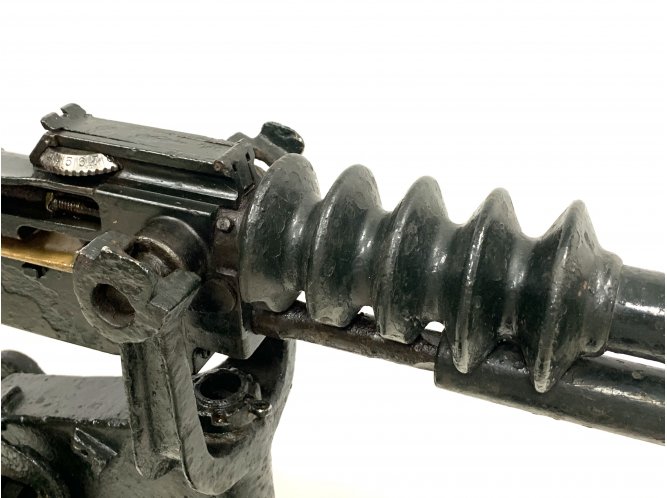 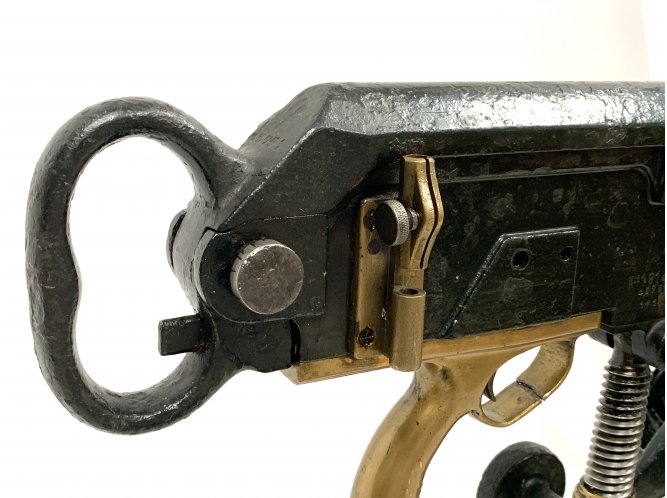 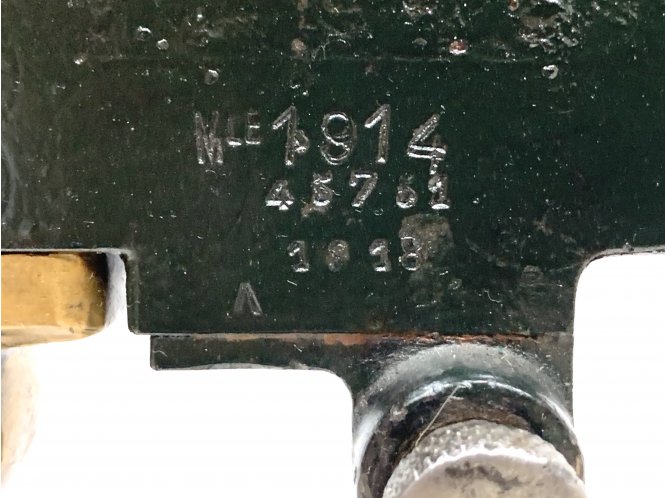 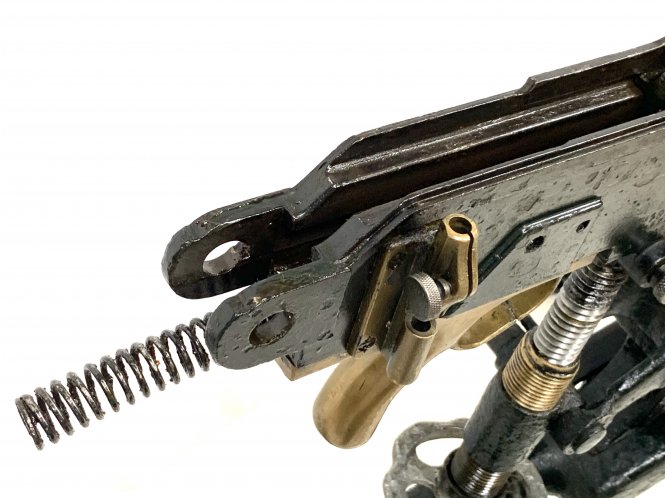 This week's theme is ‘MACHINE GUNS OF WWI & WWII’. We are launching this series with a machine gun that is typical of early designs – the French Mitrailleuse Automatique modèle 1914, better known as the Hotchkiss Mle 1914. Read on for another LSB historical journey in firearms history…

The Société Anonyme des Anciens Etablissements Hotchkiss et Compagnie was a French arms manufacturer first established by American gunsmith Benjamin B. Hotchkiss. He moved to France and set up a factory, first at Viviez near Rodez in 1867, then at Saint-Denis near Paris in 1875, manufacturing arms used by the French in the Franco-Prussian War. In the 20th century, the firm also produced motor vehicles.

During the latter half of WWI, the French Army adopted the Mle 1914 Hotchkiss machine gun chambered for the 8mm as its standard machine gun. The gas-actuated Hotchkiss system was first conceived in 1893 by Austrian Odkolek von Ujezda and improved into its final form by Hotchkiss armament engineers, American Laurence Benét and his French assistant Henri Mercié.

The Mle 1914 was the last version of a series of nearly identical Hotchkiss designs, the Mle 1897, Mle 1900 and the Mle 1909. At the beginning of WWI, the Manufacture d'Armes de Saint-Étienne proved to be unable to produce enough St. Etienne machine guns. A parliamentary committee of inquiry concluded that the Hotchkiss was more reliable than the St. Etienne and the production of the latter was stopped. The French military forces chose to adopt the Hotchkiss Mle 1900 with some minor modifications, as the Mitrailleuse Automatique modèle 1914. The Hotchkiss machine gun was initially supplied to second-line troops. However, in 1916 its use spread to front-line units. By late 1917, the Mle 1914 had become the standard machine gun of the French Army.

The American Expeditionary Forces (AEF) in France purchased 7,000 Mle 1914 Hotchkiss machine guns in 8mm Lebel and used them extensively at the front in 1917 and 1918. Hotchkiss heavy machine guns, some being of earlier types, were also acquired by Belgium, Brazil, Chile, Japan, Mexico, Poland, Spain and Sweden.

The Mle 1914 machine gun that we are presenting today was manufactured in Paris in 1918. It saw action in the area around Verdun and was buried under rubble until it was dug up a couple of years after the war and taken to Luxembourg, where it remained until we acquired it. The pitting on the steel surfaces bears testimony to its history. However, the brass components are like new. The gun is fully functional and complete. The Hotchkiss mle 1914 is a very rare find today, and this one has an interesting history.

While our photos are as detailed as possible and do not hide any flaws, you have the option of examining the firearm physically, by appointment. Do not take any risks with overseas online auctions when you have the chance of knowing what you are buying. LSB’s knowledge and experience in historical firearms assures you of a good investment. We offer a lifetime guarantee on the genuineness of the pieces in our vast inventory so that you may buy in full confidence.

If you wish to own this rare and interesting firearm, please send us a private message or phone us on 99471091. It will be reserved for the first client who pays a deposit by Mobile or Online bank transfer. Police applications will be filled in after we receive the deposit and a scan/photo of the client's 2020 Collector Licence A Special.

You may wish to follow Ian McCollum discussing a Hotchkiss Mle 1914 machine gun in this Forgotten Weapons YouTube video. This article is also featured on our Facebook Page.