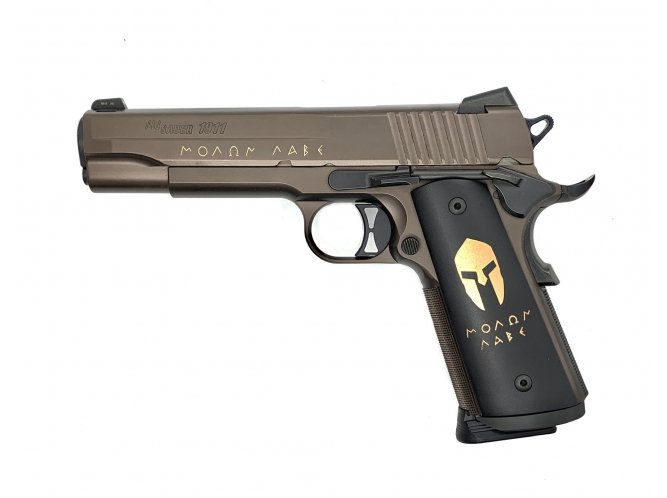 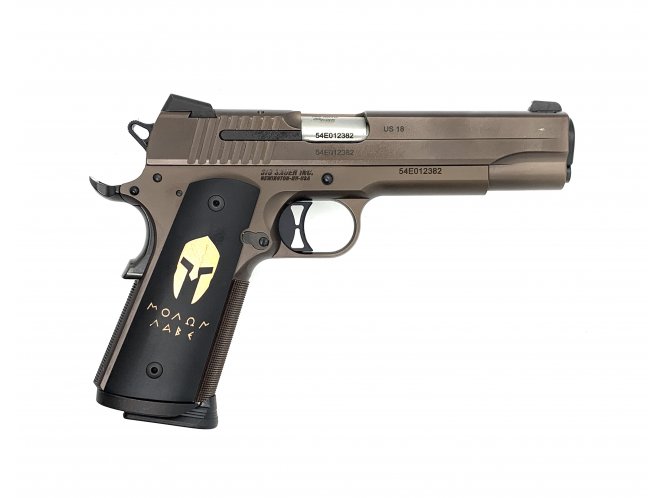 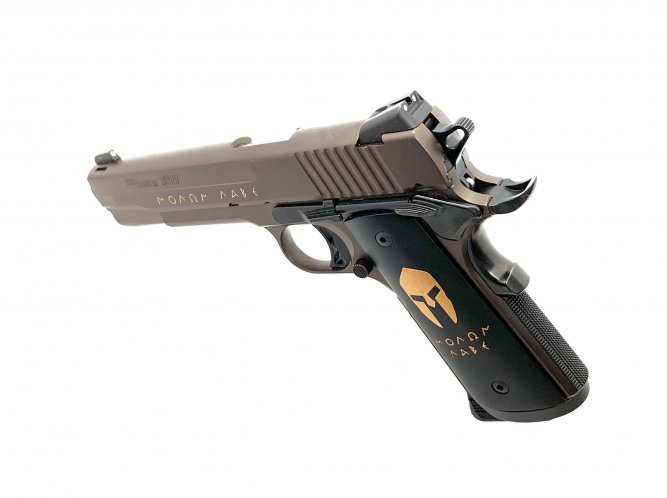 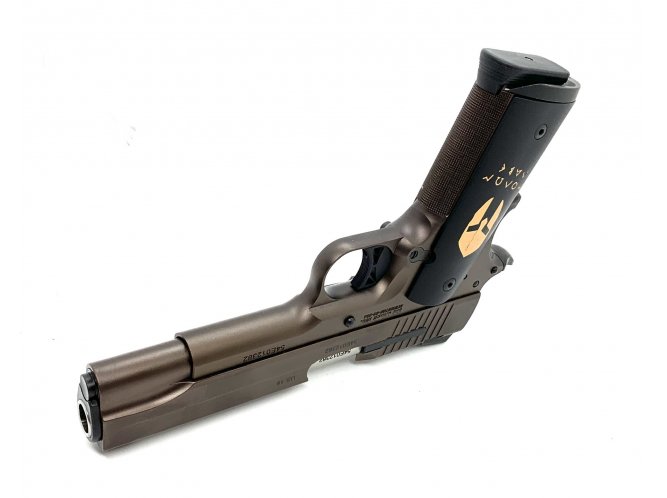 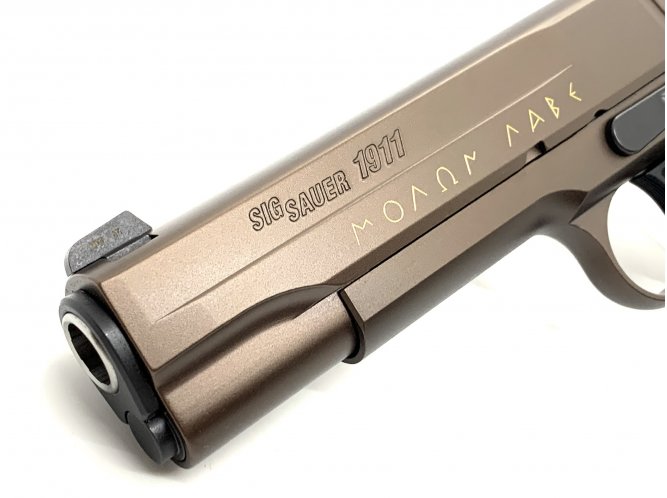 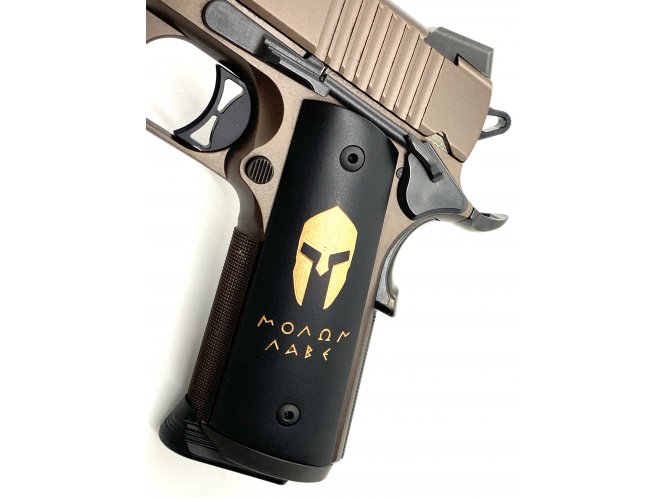 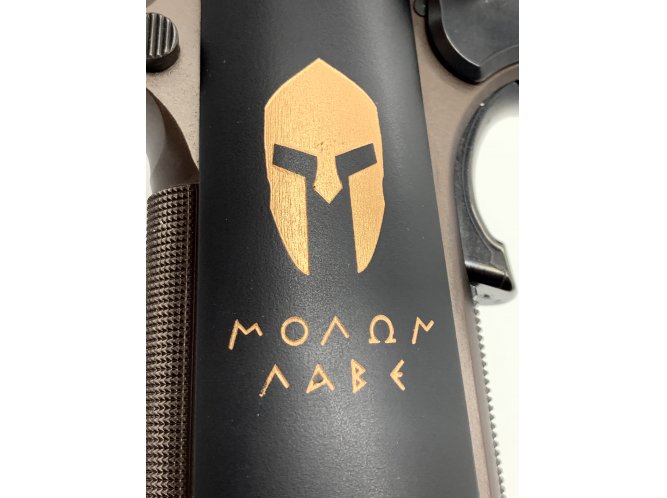 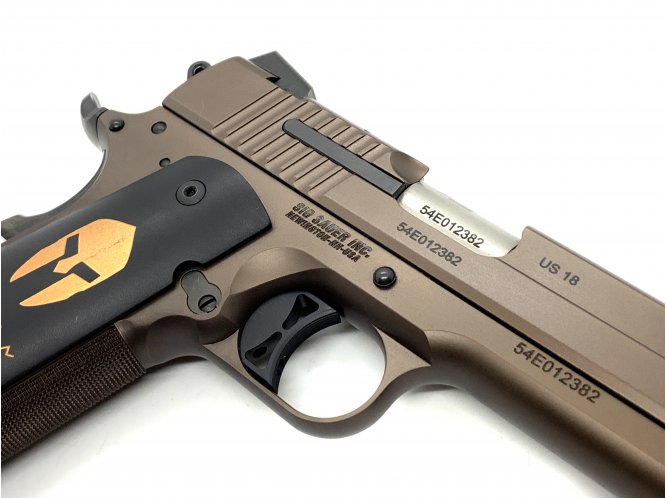 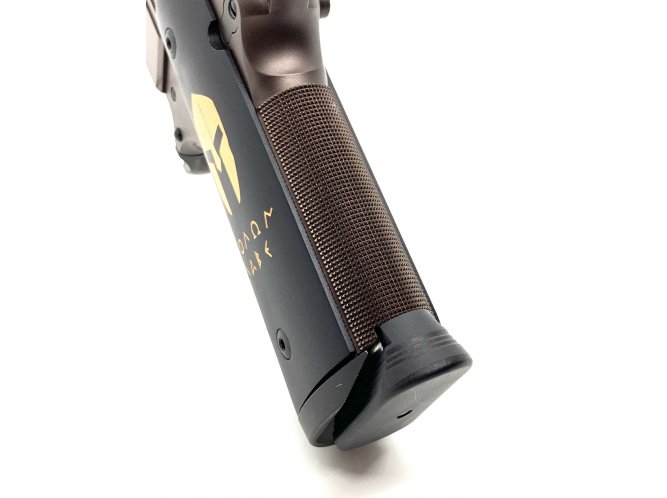 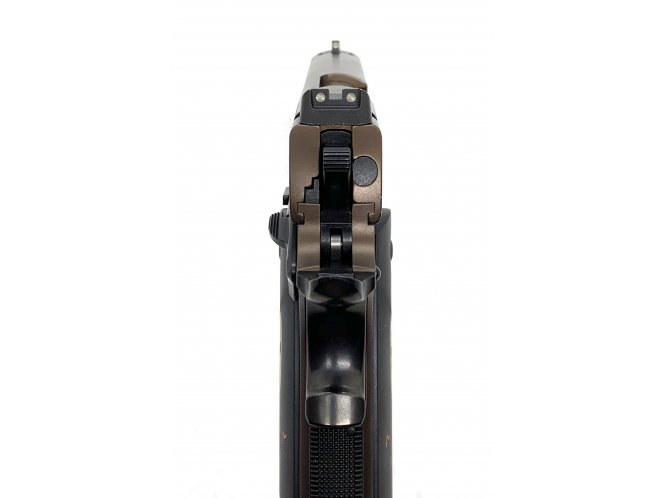 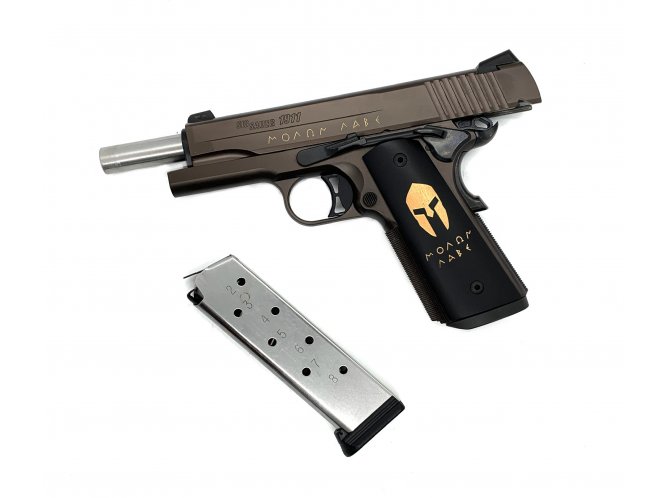 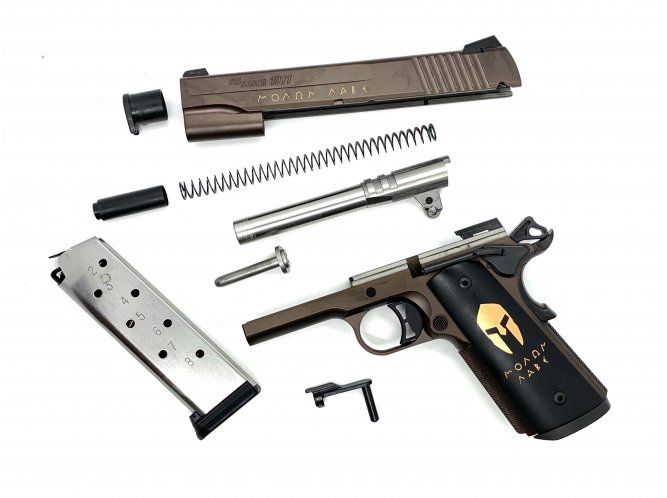 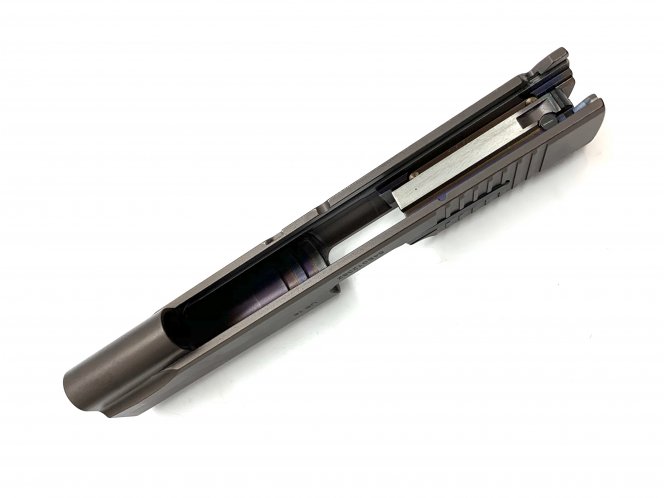 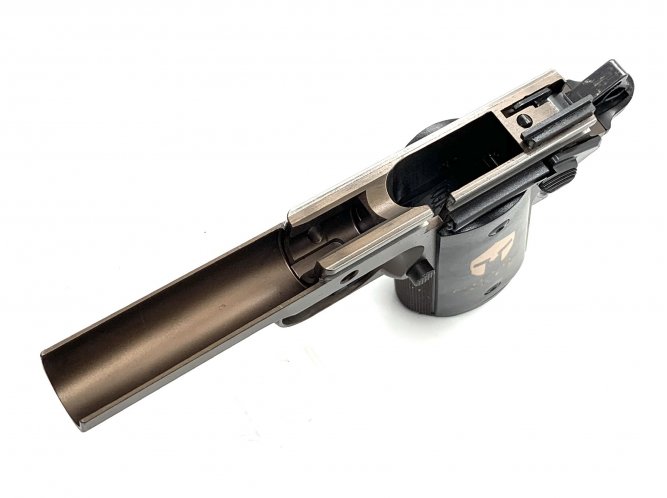 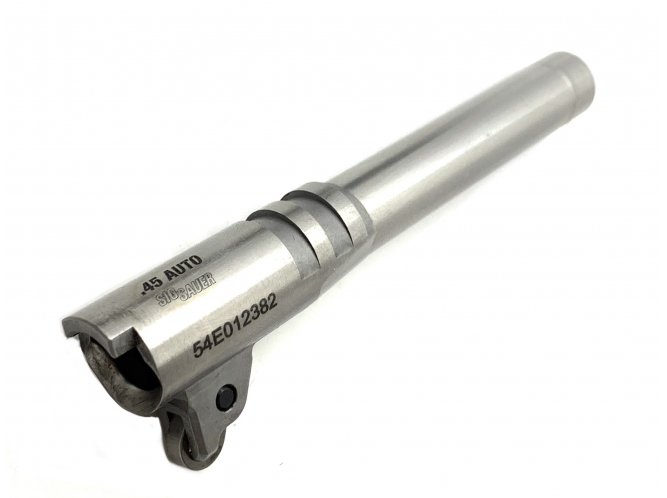 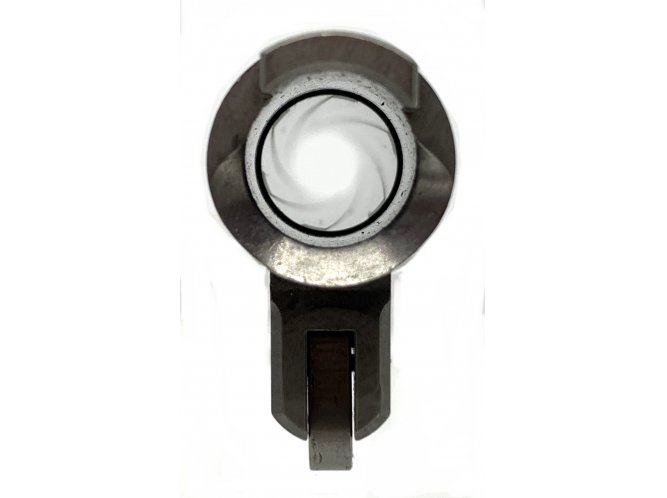 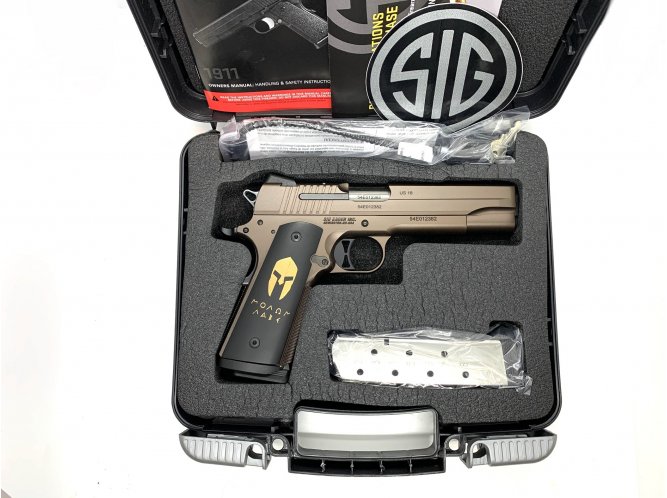 Today, we are back in the U.S.A. with an exceptional 1911 pistol made by SIG Sauer. This model symbolises the spirit and determination of legal firearm owners to ‘stick to their guns’ in opposing agendas that attempt to infringe upon their rights to possess and use firearms for legitimate purposes, as law-abiding citizens. Read on for another LSB journey in firearms history…

SIG Sauer Inc. of Exeter, New Hampshire, U.S.A. is owned by the German L&O Holding Group, which also owns several top-notch brands such as SIG Sauer AG (Switzerland) and JP Sauer & Sohn, Blaser, Mauser, GSG, Diana (Germany) and John Rigby (UK). The Group is in the process of closing its German subsidiary, as most of the SIG range is now produced in the U.S.A. SIG Sauer Inc. markets and distributes its U.S. made products in 88 countries.  LSB has been dealing directly with the U.S. division for the past years, ensuring that Maltese customers have the widest choice of products at the best prices. Our supplies arrive directly from the U.S. where they are manufactured in 9 facilities in New Hampshire, Arkansas and Oregon, which employ over 2,300 employees. This is where the extraordinarily successful company designs and manufactures firearms, ammunition, optics, suppressors and air guns.

SIG Sauer has been producing its own 1911 models for some time, offering a unique combination of design, SIG quality and competitive prices. However, one model stands out: the Spartan, with its distinctive finish, a gold Spartan helmet on either grip panel and the gold Greek-style inscription on the slide, which reads ‘ΜΟΛΩΝ ΛΑΒΕ’ or Molon Labe, a classical Greek phrase meaning “come and take [them],” attributed to King Leonidas of Sparta as a defiant response to the demand that his soldiers lay down their weapons at the Battle of Thermopylae (480 B.C.), which was fought between an alliance of Greek city-states, led by King Leonidas I of Sparta, and the Achaemenid Empire of Xerxes I over the course of three days, during the second Persian invasion of Greece.

When outflanked by the Persians, Leonidas dismissed the bulk of the Greek army and remained to guard their retreat with 300 Spartans and 700 Thespians, fighting to the death. Gun-rights advocates have adopted the defiant phrase ‘ΜΟΛΩΝ ΛΑΒΕ’ as a challenge to any authority that attempts to confiscate legal firearms.

SIG Sauer introduced the Spartan on the commercial market in 2012. The model was given a facelift in 2019 and relaunched as the Spartan II. The beautiful original version, which we are offering today, is no longer produced and is now a sought-after collectible pistol. More details can be found here. You may also see this feature on our Facebook Page.

This pistol is factory-new!

If you wish to own this firearm, please send us a private message or phone us on 99471091 to reserve it until you visit the shop to see it physically. You will require as a minimum a Target Shooter Licence A or a Collector Licence A to be able to purchase it.