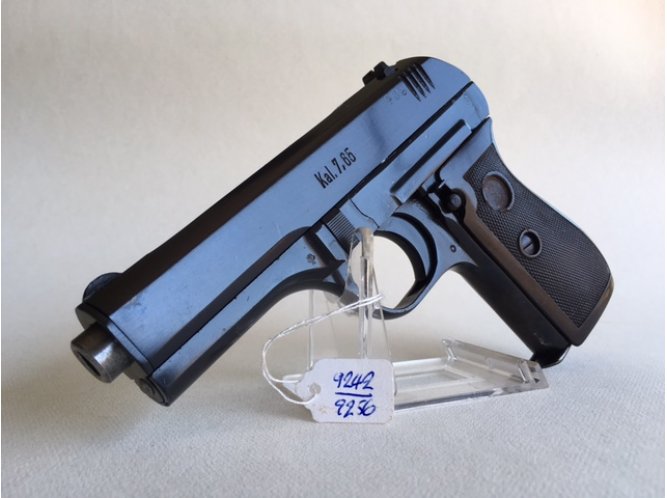 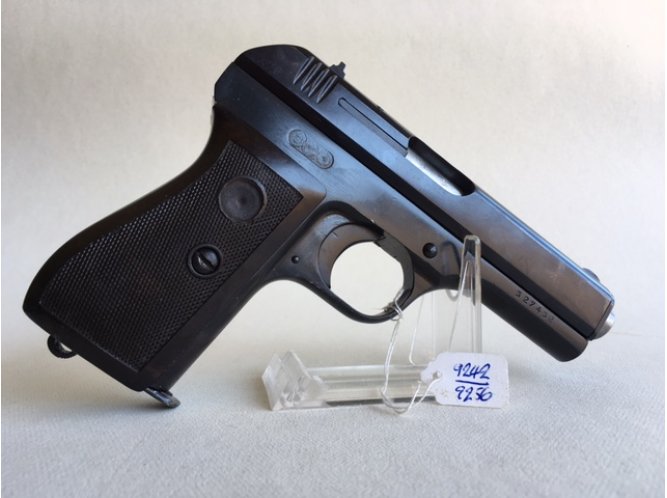 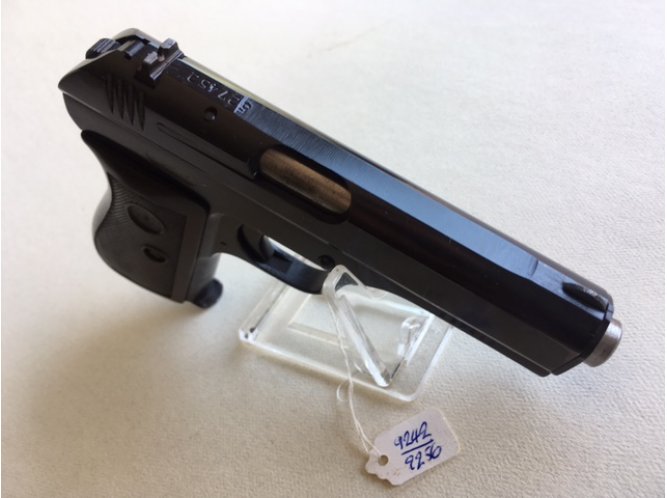 The CZ-27 pistol was developed in 1926 by Czech arms designer Frantisek Myska in an attempt to produce a simplified version of the CZ Vz.24 pistol. The new pistol was to be chambered for the powerful 7.65x17 Browning ammunition (.32 ACP) which made it will suited for police and security use. It was put into production in 1927. Over 500,000 guns of this type were produced between 1927 and 1951. During the German occupation of Czechoslovakia the Vz.27 was manufactured for the German armed forces and police as the Pistole modell 27, or P.27(t) in short. The serial number of this pistol places it at the tail-end of the German occupation and prior to the prodoction of commercial models. It may have been in the factory when the Germans left and finished later by the Czechs. The interesting feature is that all the markings, other than the calibre and serial number, have been ground off and even the CZ logo has been removed from the grip panels. It appears to have been intended for clandistine operations. The pistol is in new, unfired condition.