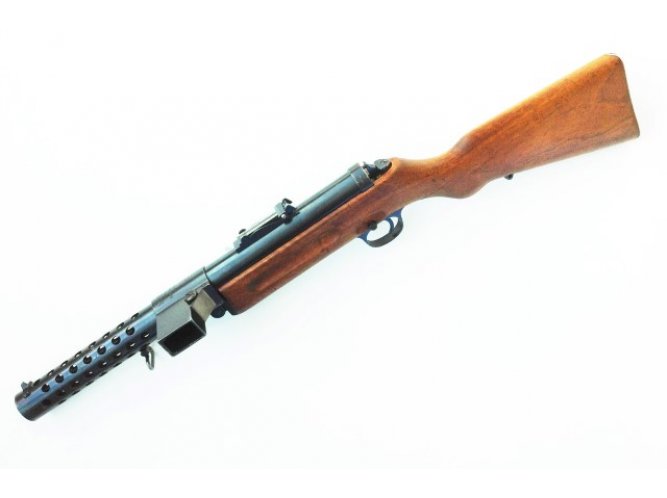 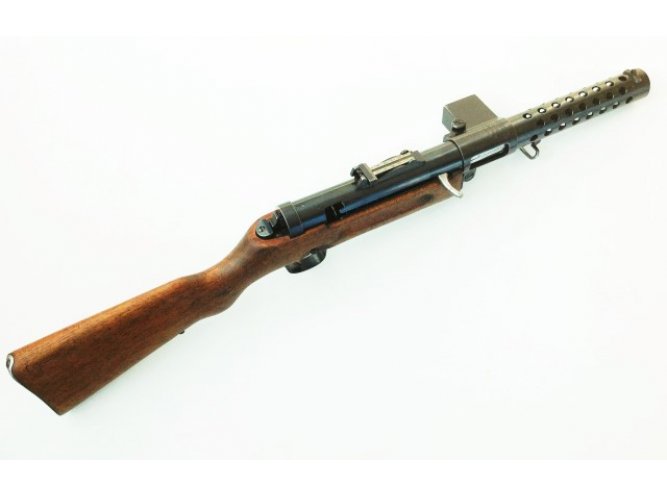 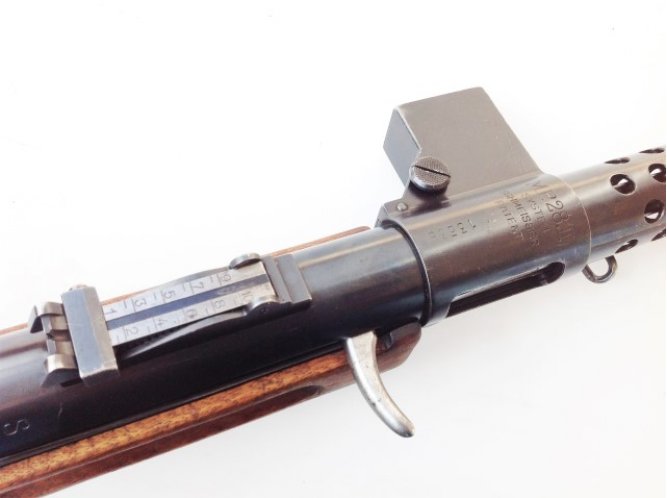 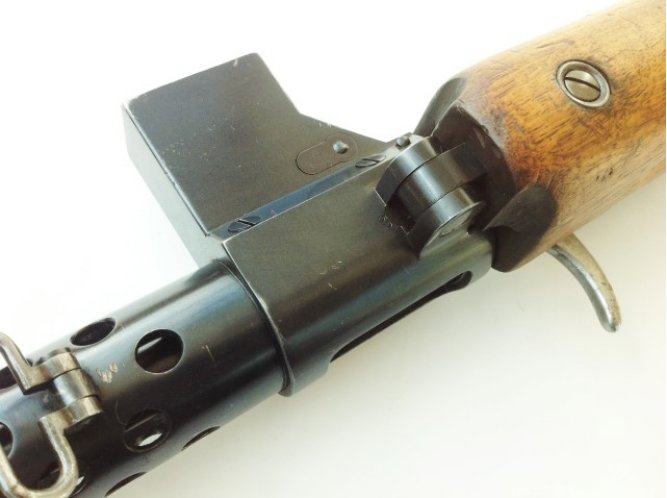 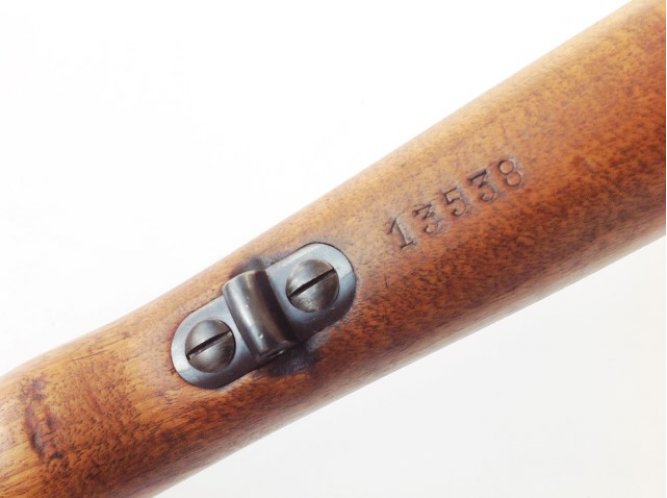 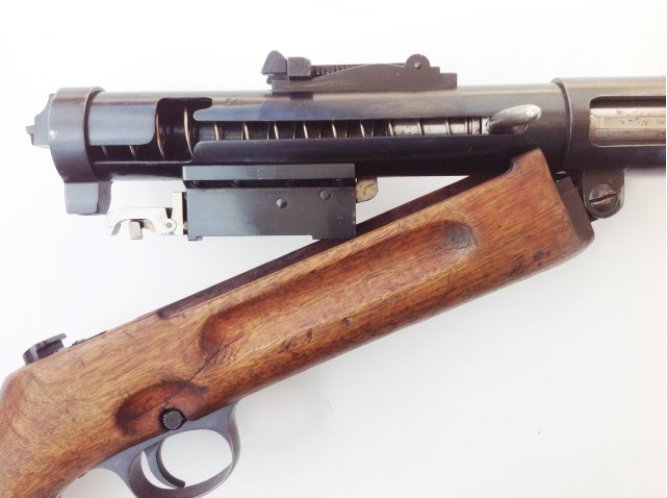 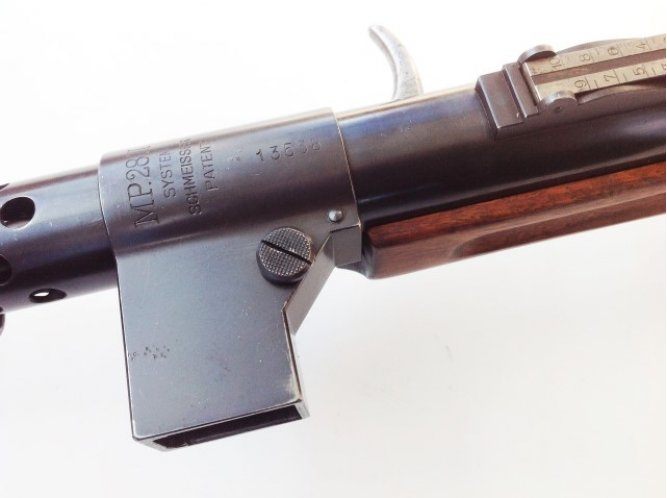 SOLD - We have just purchased a similar item. Please enquire.

A rare German Bergmann MP28/II made by Haenel. Matching numbers and complete with most of its original finish. Excellent condition.

What became known as the "submachine gun" had its genesis in the early 20th Century and developed around the concepts of fire and movement and infiltration tactics, specifically for the task of clearing trenches of enemy soldiers, an environment within which engagements were unlikely to occur beyond a range of a few feet.

In 1915, the German Rifle Testing Commission at Spandau decided to develop a new weapon for trench warfare. An attempt to modify existing semi-automatic pistols, specifically the Luger and C96 Mauser failed, as accurate aimed fire in full automatic mode was impossible due to their light weight and high rate of fire of 1,200 rounds per minute. The Commission determined that a completely new kind of weapon was needed. Hugo Schmeisser, working for the Bergmann Waffenfabrik was part of a team composed of Theodor Bergmann and a few other technicians. They designed a new type of weapon to fulfill the requirements, which was designated the Maschinenpistole18/I. It is not clear what the "I" designation is intended to indicate, although its successor, the MP28, was designated the Maschinenpistole 28/II. The MP 28 was produced by Haenel under the supervision of Hugo Schmeisser,